METAPHORS / Selected Soundworks from the Cinema of Apichatpong Weerasethakul 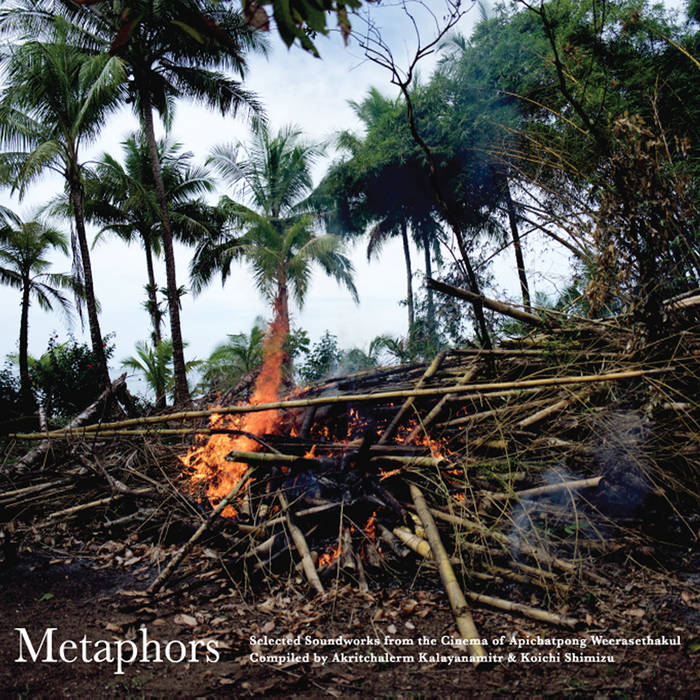 AW has regularly worked with the same sound designers since 2003 and has always given importance to the personality of on-location sounds giving his films a sense of continuity. In post-production, he's fascinated by the manipulation of these ‘live’ sounds in order to express ‘reality'. This reality doesn’t necessary represent the actual sound of the places, but more a representation of the world in layered memories. Similar to the way he treats images, Apichatpong sometimes calls attention to the physicality and the fragility of the audio (and its apparatus) and to the process of audio manipulation itself.

In his cinema, Apichatpong prefers natural sound sources over music. Nevertheless, he often boldly incorporates popular songs that were
persistent during the shooting. He doesn't shy away from using tunes
that relate to his own personal memories. In this sense, Apichatpong
values the spirit of authenticity much more than rigid manipulation of audio and weaves a complex and dreamlike soundscape in his cinematic repertoire.

Born in Bangkok, Apichatpong grew up in Khon Kaen in north-eastern
Thailand. He began making films and video shorts in 1994 and completed his first feature in 2000. He has also mounted exhibitions and installations in many countries since 1998 and is now recognised as a major international visual artist. His art prizes include the Sharjah Biennial Prize (2013) and the prestigious Prince Claus Award (2016), the Netherlands. Lyrical and often fascinatingly mysterious, his film works are non-linear, dealing with memory and in subtle ways invoking personal politics and social issues.

Bandcamp Daily  your guide to the world of Bandcamp

Featuring interviews with the mighty Hiatus Kaiyote and genre-busting L'Rain.